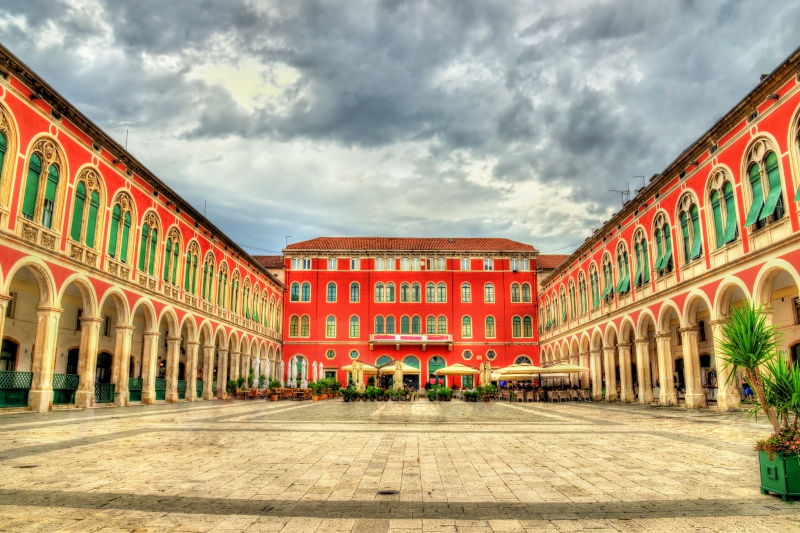 The largest city in Dalmatia and the second largest city in Croatia, 115 km away from Drvenik, Split is the largest economic and cultural center of Dalmatia. As such, it offers a wide array of superb gastronomy and wines, history, people and local customs. The city is a host to numerous cultural events such as exhibitions, museum tours, concerts, theater performances, as well as night-clubs and bars, street events and world-renown festivals. The most famous historical building is certainly the Diocletian's Palace, which, like the entire core of Split, has been on the UNESCO World Heritage List since 1979. Diocletian's Palace is one of the best preserved monuments of Roman architecture in the world. By walking through Diocletian's Cellars you experience an astonishing sense of a by-gone era, as the remnants of ancient Rome merge with contemporary life. Walking further through the city center you will feast your eyes on the sights of the ancient Peristyle architecture, continuing through the Middle Ages, Gothic palaces, Renaissance portals and a number of other layers of history that make up the beauty and energy of this remarkable city. Rich cultural heritage, top gastronomic delicacies and guaranteed entertainment are just a part of the city’s vibrant pulse. Other notable historical sights of the city of Split include: Cathedral of St. Duje, Peristyle, Vestibule, Golden Gate, Silver Gate, Temple of Jupiter, old city quarters, Bačvice beach, and the Marjan hill. 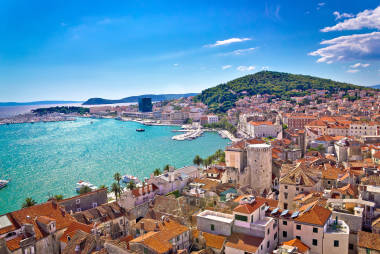 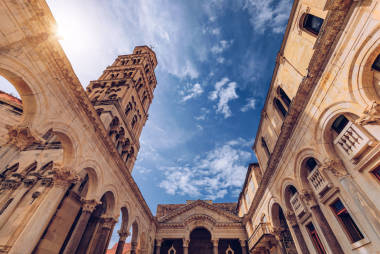 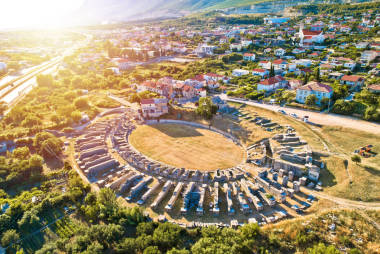 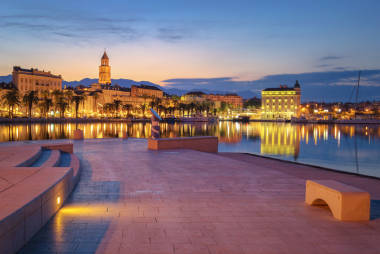 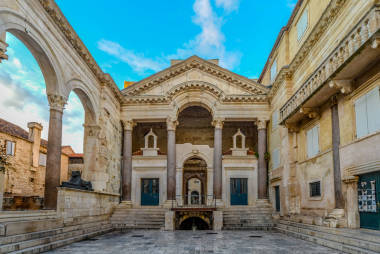 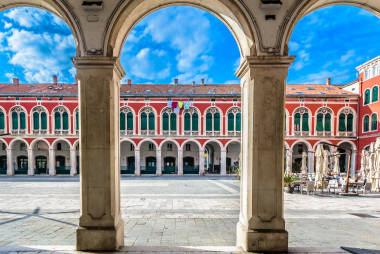